Dr. Bill O’Hare recently prepared a report highlighting the Implications of Differential Privacy for Reported Data on Children in the 2020 U.S. Census.

The Census Bureau plans to implement a new methodology in processing the 2020 Census data to help protect the privacy of respondents. The new method is called differential privacy.  The use of differential privacy could introduce large errors for data on young children in some geographic units and these errors may have significant implications.  For example, the amount of state and federal funds allotted to some school districts may be reduced by as much as 10 percent.  The errors introduced by differential privacy may also have implications for how child advocates use the 2020 Census data for research and report writing.

The final decision by the Census Bureau on the use of differential privacy is expected to occur in December or January. The Census Bureau is asking for comments from data users to be sent to 2020DAS@census.gov. 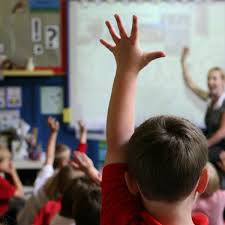 It’s Time To Count Kids: Our Resources for Your Work

On March 12, the Census Bureau will send out the first mailings inviting people across the country to go online to fill out the census. Here is a timeline of all the resources and activities you can expect from… Young Children Should be a High Priority for the 2020 Census

Young children had a higher net undercount than any other age group in the 2010 U.S. Census. The net Census undercount rate is a balance between people omitted and those included erroneously (mostly double-counted) and whole-person imputations. This chart…