HomeAll PostsYoung Children and the CensusSelected Federal Programs that Use the... 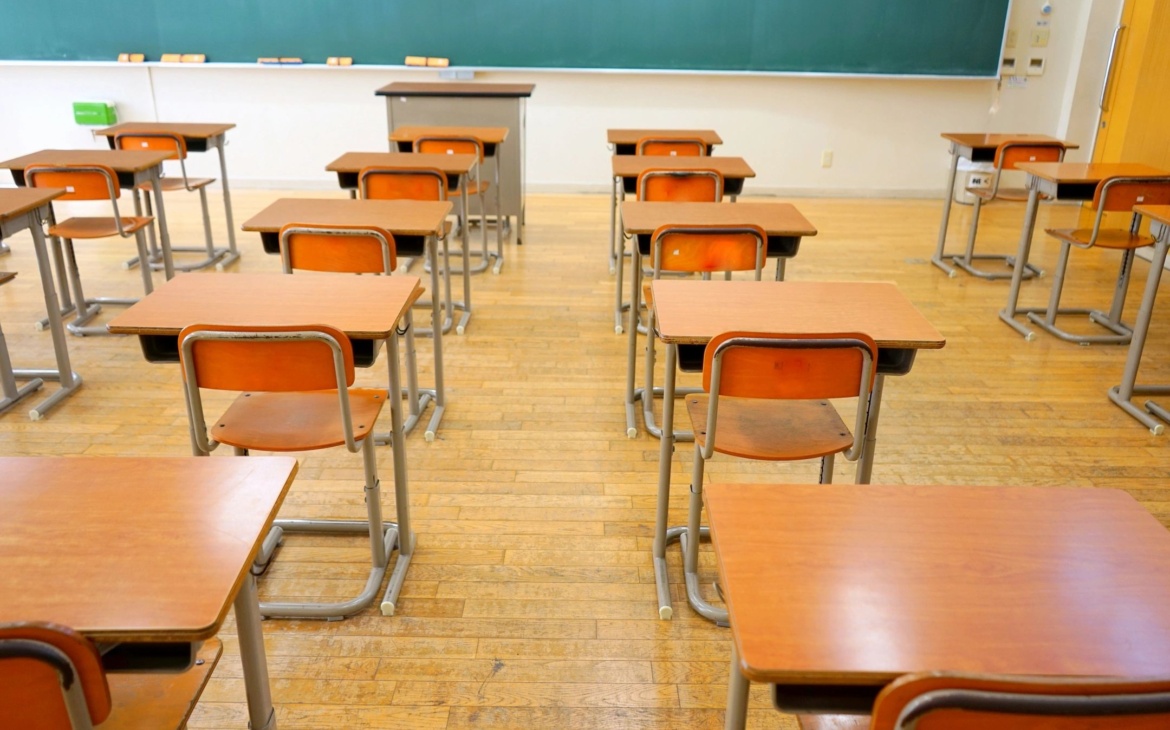 It is well documented that Census-derived data are used to distribute more than $1.5 trillion dollars to state and localities each year (Reamer 2020) and there is anecdotal evidence that states often use Census data to distribute state dollars (O’Hare 2020). The use of Census data is widespread.  In a recent presentation at the National Academy of Sciences one speaker noted the Census is mentioned in more than 150 Montana statutes, including a link to how much mayors can be paid (Craigle 2022).

There is less evidence available on exactly what census-derived data are used in such distributions.  In this short paper, we look at some programs that make use of data for young children (ages 0 to 5) in the distribution formulas. Census-derived data on young children deserve special attention because the Census Bureau  (2022) analysis shows the population ages 0 to 4 had a net undercount of 5.4 percent in the 2020 Census, significantly higher than any other age group.

Many of the funding formulas are quite complex, so it is not always easy to determine exactly what data are used in the distribution.   The programs shown below are those for which it was easier to glean what age groups were used in the funding formulas.  But it should be underscored that these are only a small sample of programs that use Census-derived  data for distribution of federal funds.

Table 1 shows the Census Bureau numbers for young children have a significant impact on the many programs including some key child-focused programs such as WIC (Supplemental Nutrition Programs for Women, Infants and Children), CHIP (State’s Children Health Insurance Program), Head Start,  and the National School Lunch program.  With just this small sample of programs, the data on young children impact more than $100 billion in assistance to states and localities.

It is also worth noting that of the 315 programs  which use census-derived data to distribute federal funds, Reamer (2020) found that about two-thirds use substate data in the distribution of funds, which means small area census data play a large role in the way the funds are distributed.  If the small-area data are not equitable, the distribution of funds will not be equitable.  It is also worth noting that the Census-derived data can have an impact for a decade. 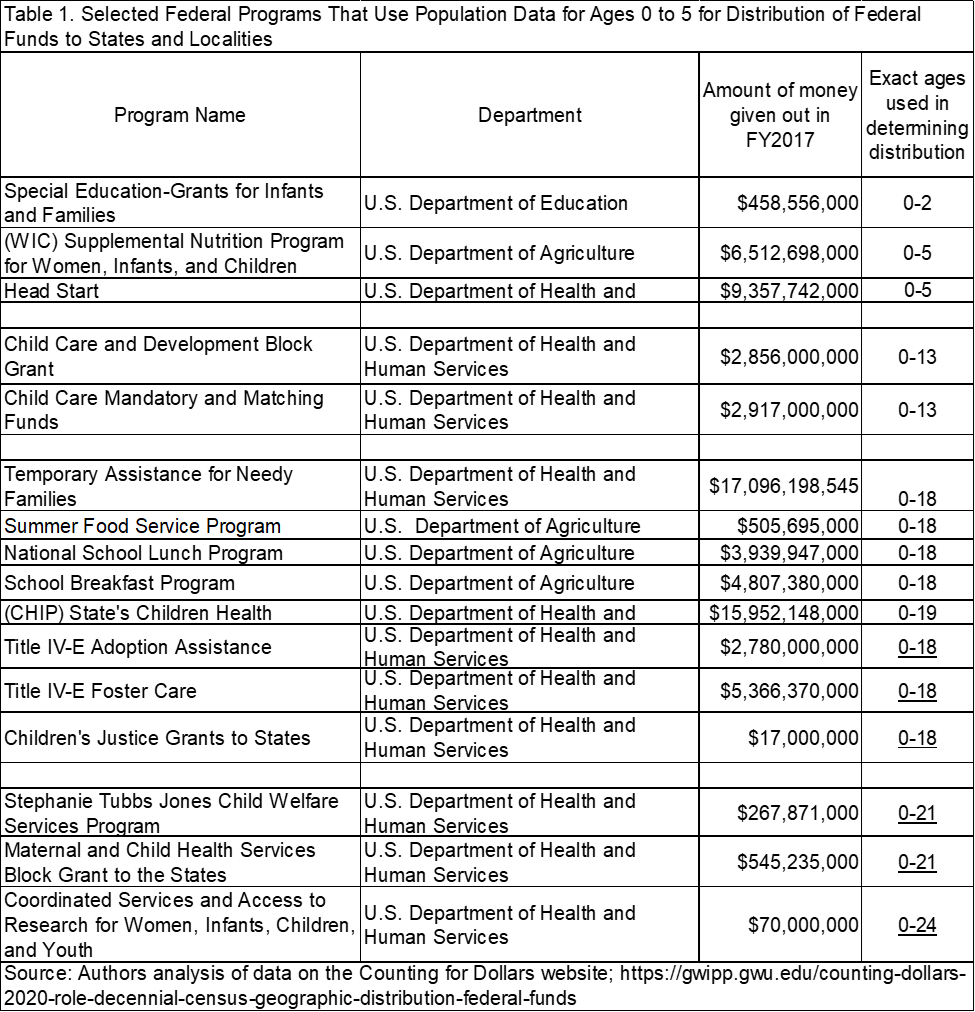 The point of this short paper is to make sure readers understand the Importance of accurate data on the population ages 0 to 4 in terms of the impact on the equitable distribution of federal funds to states and localities. It is also worth noting that the Census Bureau’s new method of producing post-2020 population estimates, called the blended base, substantially mitigates the census undercount of young children.   To the extent that the census-derived data used to distribute federal funds refers to post-census population estimates, the high net undercount of young children in the Census will not be a problem. 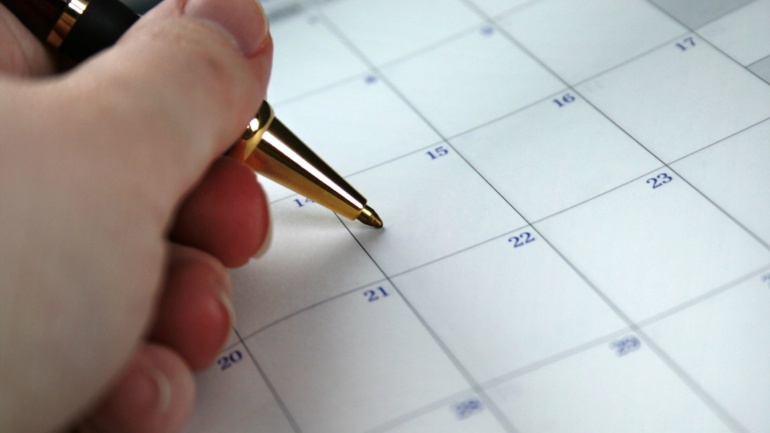 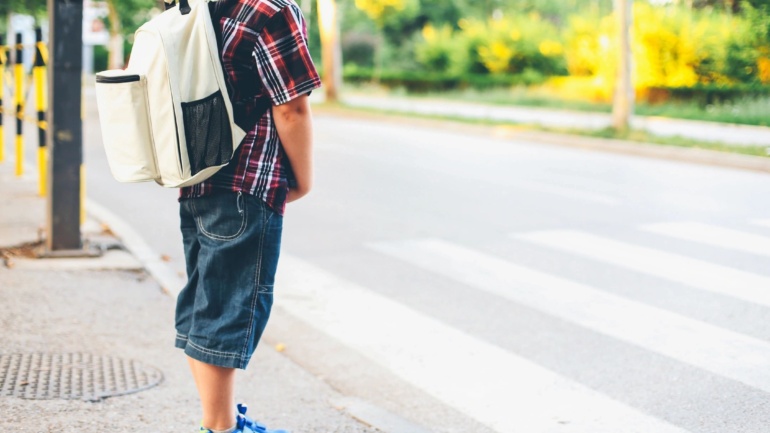 Stakeholders, child advocates, and data users should take advantage of this opportunity to communicate their thoughts to the Census Bureau before Census Bureau’s Data Stewardship Advisory Committee makes a final decision on the privacy parameters before the DHC files…